As my final project for the Computer Graphics course at NYU, I implemented a non-linear Black Hole ray tracer algorithm from scratch in C++, using piecewise linear approximation and simulating gravitational lensing effects, besides implementing texture mapping and ray-disk intersection. My project closely followed the approach developed by Antonelli and Brant. The following animation was rendered using my project.

In the Web Search Engines course at NYU, I had to implement a web search engine from scratch. First, I developed a multi-threaded web crawler in Python able to crawl at least 100 pages/minute while prioritizing new and important domains and avoiding visiting the same domain concurrently. Then, I implemented a web search engine in C++ from scratch, without using third-party libraries. In doing so, I created an inverted index mapping all words to the documents containing them, implemented data compression using the variable-byte technique, wrote Okapi BM25 as the ranking function, and optimized the code in order to process more than 6.7 million web pages, containing almost 28 million unique terms, in about 3 hours and using less than 3 GB of RAM. The inverted index file size is 17 GB before compression and 6 GB after.

In the Distributed Systems course at NYU, our team implemented a Twitter clone in a Microservices Architecture. By using Raft as a consensus algorithm, we replicated our microservices in at least 3 machines with inherent fault tolerance, so even if a machine halted, the service would still be available. Our project received the highest grade in the class.

My undergraduate thesis was on Artificial Intelligence applied to Robotics, in which I studied how to apply Reinforcement Learning algorithms to stochastic multiagent systems. Techniques such as Q-learning with function approximation, Bayesian Programming and Steering Behaviors were applied to Pac-Man ghosts using the UC Berkeley Pac-Man simulator. During the work I published two papers, a peer-reviewed and a non peer-reviewed one, and developed a Python system. Moreover, my thesis received the maximum grade.

In 2010, I joined the UnBall Robot Soccer Team, a university student team with one goal: build robots that can play soccer. I helped developing the AI and Computer Vision systems initially and, in 2014, I became the team Coordinator. My responsibilities included restructuring the team, which had been shut down at the time, and rebuild the project from scratch. I have worked in all technical areas, including AI, Computer Vision, Firmware, Communication, Control Systems, Electronics and 3D Printing, besides other areas such as Management, Recruitment and Finances. Since 2014, the team has participated in several national and international competitions and acquired financial stability and a sustainable recruitment process. In 2016, I assisted the UnBall Coordinator by being a Counselor, overseeing the future of the team. 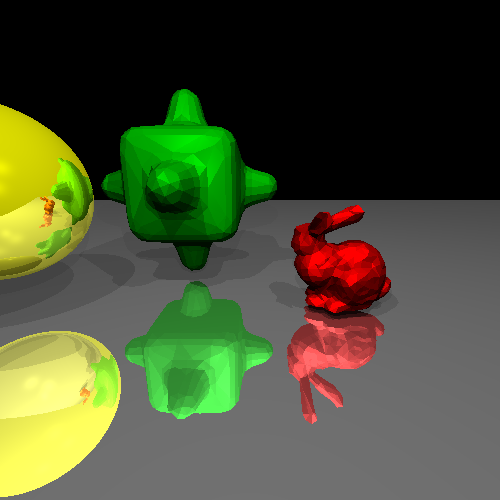 Since I had never taken a Compilers course and I am truly interested in Lisp, I started making my own Lisp interpreter for didactic purposes. Using Python and applying TDD techniques, it currently works executing a script from a file or as a REPL interpreter many functional capabilities, such as recursive functions and functions as first-order citizens.

During the Cotidiano Hackathon on Blockchain technology, I and two friends developed a Magic: The Gathering marketplace so players could sell, buy and trade cards. Using the Ethereum Blockchain as the underlying technology was an interesting idea since the platform had its own token for exchanges, a built-in user rating system and audit trails to third-parties. We we awarded with the 2nd place among about 10 teams due to our finished prototype and the good fit between Blockchain and our product.

After watching a video on the Collatz Conjecture, if decided to implement it in Haskell.

During my #100DaysOfCode initiative, I realized it was a shame for a programmer to get out of my bed in order to play, pause and stop videos when my laptop was connected to my TV. Then, I reverse engineered my TV remote control protocol and built a simple receiver, using Arduino and an Infrared Receiver, to make my remote control transmit commands to my computer. You can check this prototype working here.

As part of my #100DaysOfCode initiative, I developed an Enigma machine simulator from the ground up. For about three weeks, I’ve studied the machine technical details, wrote the simulator code in JavaScript and Node.js using a Test-Driven Development approach, created a web interface, and documented the steps in blog articles. You can check the simulator here.

I started studying cryptography in 2016 with a hands-on approach by implementing some of the most common cryptographic algorithms and learn how to combine C code to Python modules. Thus I implemented the Vigenère and Caesar cipher algorithms.

In the “Se Vira II” Hackathon, on the topic of IoT, that took place at the University of Brasília, I and two friends wanted to play with distributed computing. We used 3 Intel Galileo boards, connected using Ethernet cables, to calculate the minimum and maximum values of large lists of numbers in a distributed fashion, using an approach similar to Map-Reduce implemented from scratch. All boards ran exactly the same software, which means they could operate either as a node or as the coordinator.

During the Hackathon Globo, one of the largest hackathons in Brazil whose topic was “How technology can change the way we produce and consume media?”, my team developed Maestro: a prototype of a hands-free control for TV cameras. Using Myo, a sensor capable of detecting movements of the arm, a journalist would be able to control pan and tilt of cameras and select which camera to broadcast. That a look at the working prototype:

During the first semester of 2015, I took the Game Development class at my university where we had to develop a game in a group with artists and musicians. The result was Poïesis, a C++ game where you are a cell trying to survive in a hostile environment. The game engine was completely developed from scratch using and SDL for low-level OS integration. During this work, I decided to use an Entity System approach, Quad-tree spatial partitioning and developed a Particle and Physics System, which led me to an Honorable Mention among the 12 games evaluated.

As a freelancer, I worked with a friend to develop a GUI that helped collecting human input to count cars from traffic cameras. We used Microsoft technologies to create a desktop application which received input from a joystick and buttons.

In 2015, I was a participant of the Global Game Jam: a worldwide event where developers, artists, and musicians meet in their cities to produce an entire computer game in 48 hours. In Brasília, the event took place at the Behold Studios HQ, under the theme “What do I do now?”. Without sleeping, me and 3 more friends could finish our game, the aMAZEing experience, using C# and Unity 3D. It was my first game ever and I am really proud of it.

Simpletable is a lightweight Python module for generating simple HTML tables without requiring the installation of any third-party libraries.

In 2014, I had the opportunity to work with network security at IPe - Network Engineering. During this period, I could work with some cutting-edge technology, such as Web Application Firewalls and Advanced Persistent Threats. I could also develop a project to provide Machine Learning capabilities to automatically detect intrusion and hacker attacks (with cutting edge academic knowledge), using Python and Numpy, as well as Python scripts to communicate with third-party appliances. I have also substantially improved business skills, such as competition analysis, benchmarking, development of vulnerability assessment methodologies and selling and buying products.

As a student in Systems Software course, we had the task of writing our own assembler, which would translate a source file written in didactic assembly language to binary output, the last should run in our own simulator. The code was written in pure C language.

During my internship at the CSIRO, in Australia, I could develop a great project: using gaze trackers to enhance voice recognition systems. Supervised by David Rozado, a great friend, we created a GUI using Python (with PyQt) and Microsoft Speech Recognition and designed user tests to prototype an idea of how to integrate these systems and make hands-free voice recognition possible. Since a picture is worth a thousand words, check out the video below to have an idea of our system. You can also read our paper, published at OZCHI 2014.

Abstract: Intelligent agents can act based on sensor measurements in order to fulfill their goals. In dynamic systems, agents must adapt its behavior selection processes to reflect the changing system state since behaviors that previously were considered the best choice may become sub-optimal. Multiple agents that co-exist in the environment is one example of such a dynamic system. The problem is even greater when stochastic systems are considered, since the states the agents are actually in are unknown. This work proposes a learning algorithm for stochastic multiagent systems, in which Bayesian programming is used for state estimation and Q-learning provides learning capabilities to the agents. An experimental setup using electronic games is described to evaluate the effectiveness of this approach.

Published at: OzCHI ‘14 Proceedings of the 26th Australian Computer-Human Interaction Conference on Designing Futures: the Future of Design

Abstract: The performance of current speech recognition algorithms is well below that of human speech recognition, with high number of misrecognized words in quiet environments and degrading even further in noisy ones. Therefore, hands-free interaction remains a deeply frustrating experience. In this work, we present an innovative form of correcting misrecognized words during a speech recognition task by using gaze tracking technology in a multimodal approach. We propose to employ the user’s gaze to point at misrecognized words and select appropriate alternatives. We compare the performance of this multimodal approach with traditional modalities of correcting words: usage of mouse and keyboard and usage of voice alone. The results of the user study show that whereas the proposed system is not as fast as using mouse and keyboard for correction, gaze enhanced correction significantly outperforms voice alone correction and is preferred by the users, offering a truly hands-free means of interaction.

Published at: Graduate School Workshop at the Department of Computer Science - University of Brasilia

Abstract: Intelligent agents act based on sensor measurements in order to fulfill their goals. When the environment is dynamic, such as a multiagent system, agents must adapt its actions selection processes to reflect the ever changing system state since behaviors that previously were considered the best choice may becomes sub-optimal. The problem is even greater when stochasticity is taken into account, since the environment true state is unknown to the agents. This work proposes a learning algorithm for stochastic multiagent systems, in which Bayesian programming is used for state estimation and Q-learning with function approximation provides learning capabilities so as agents can select the appropriate behaviors. An experimental setup to evaluate the effectiveness of this approach using electronic games is described, as well as the preliminary results.